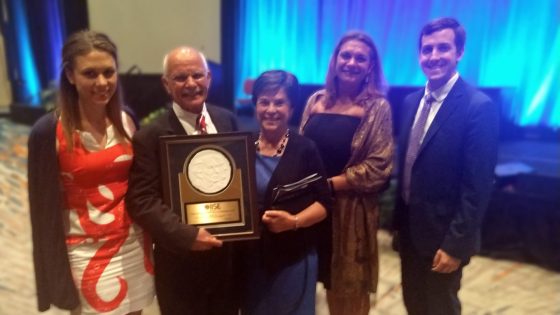 Just a month before his retirement, Richard Wysk, Dopaco Distinguished Professor, received the Institute of Industrial and Systems Engineers’s (IISE) highest and most esteemed honor, the Frank and Lillian Gilbreth Industrial Engineering Award. The award recognizes those who have distinguished themselves through contributions to the welfare of mankind in the field of industrial engineering. The contributions are of the highest caliber and nationally or internationally recognized. IISE presented Wysk with the award at their annual conference in Orlando.

Wysk joins fellow NC State ISE faculty members Louis Martin-Vega and Thom Hodgson as winners of this prestigious award. To see what influenced Wysk to pursue engineering as a career, go to: