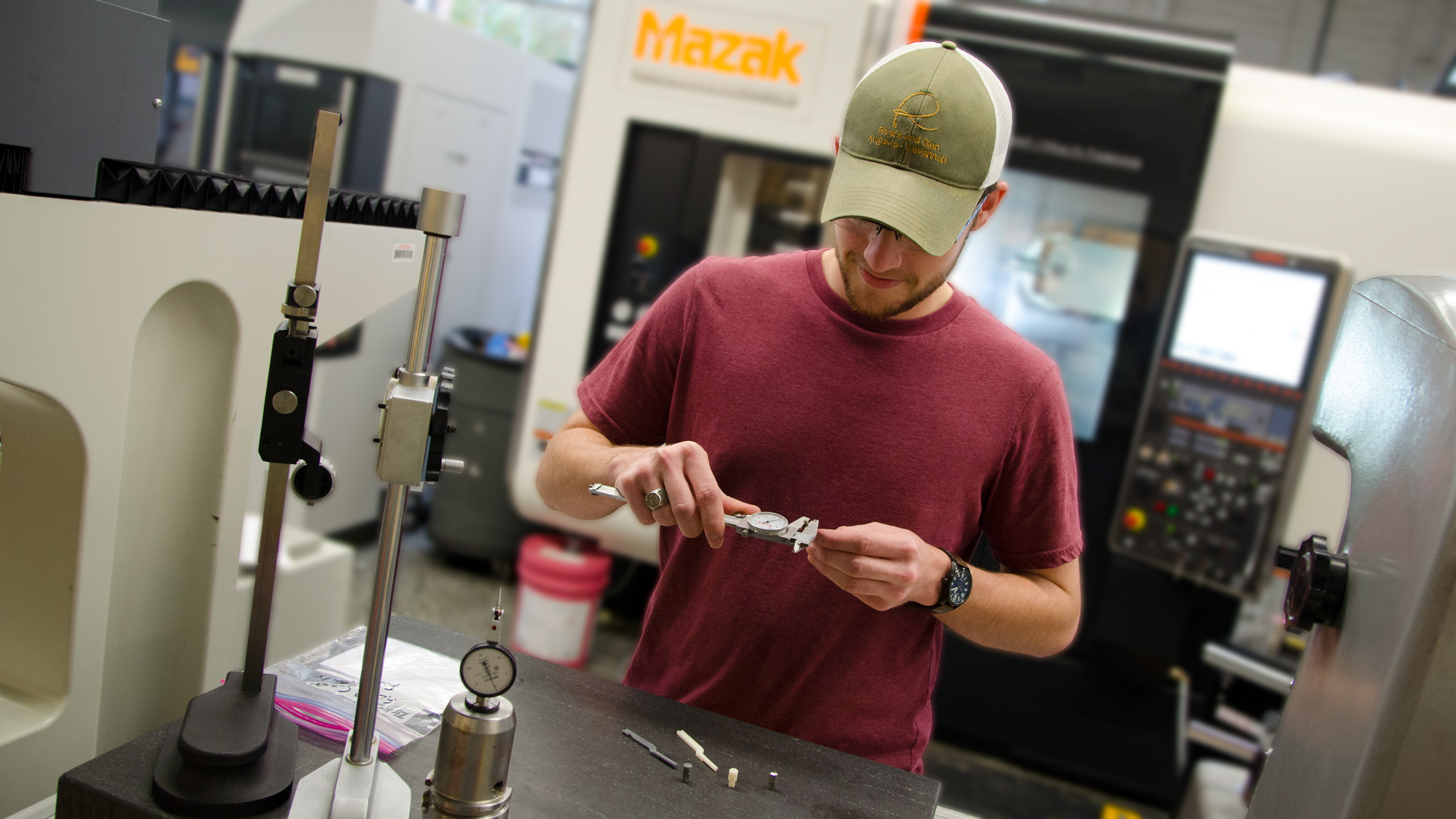 Matthew White measures the original parts to get the exact dimensions

Any Do-It-Yourselfer will tell you how difficult it can be to find the right parts to repair an automobile or household appliance, especially if it is older or there were not many of them made. So imagine the challenge Geoffrey Simon, renowned musician/conductor, faced when trying to find spare parts for his 1890 Mason & Hamlin Concert-Grand Piano.

Simon purchased the restored instrument in 2014 from a piano shop in California. Soon after the piano arrived in his Raleigh home, he realized there were some problems with the California restoration. “The sostenuto pedal did not function, and the music rack was not original and thus did not fit. But most critically, the ‘screwstringer’ mechanisms for the bass octave were too small,” said Simon. “I broke two of them when simply tuning the piano, at which point I sent it to Richard Ruggero, the Raleigh piano expert.”

Richard Ruggero is the second-generation owner of Ruggero Piano, the utmost experts in Raleigh for piano repair and restoration since 1958. Ruggero and his staff completed the repair of the sostenuto pedal and the music rack. Unfortunately, they were unable to restore the piano to full function. Replacement screwstringer mechanisms no longer existed anywhere. 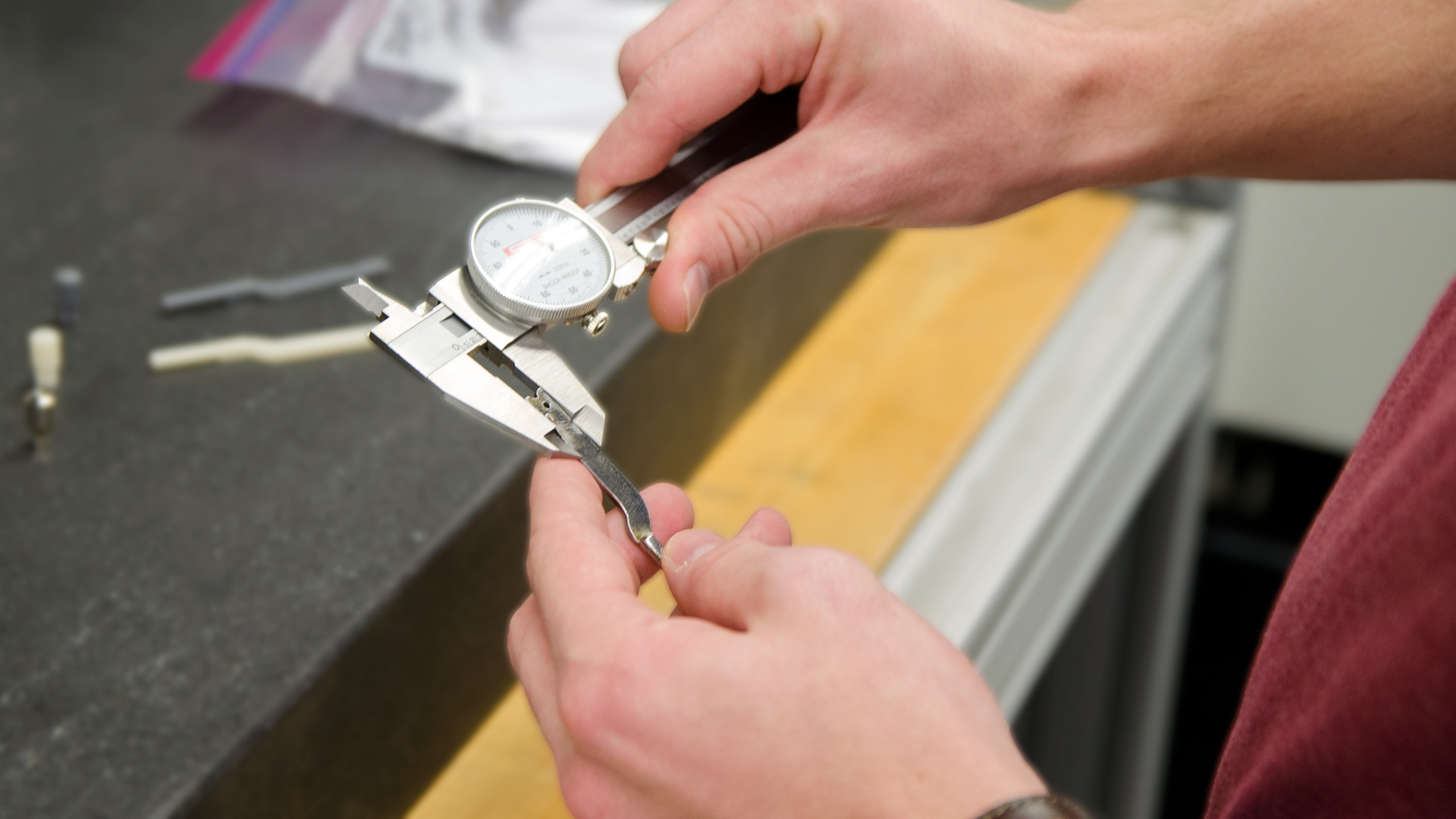 This could have been the end of the restoration project if it had not been for a friend of Simon’s, ISE’s professor Richard Bernhard. “I was discussing the problem with him,” explained Simon. “He offered to investigate the possibility of using ISE’s 3D printers to recreate the 1890 parts.”

In stepped Matthew White, ISE senior and member of the Center for Additive Manufacturing and Logistics (CAMAL) 3D-printing team.

“This particular piano has a unique tuning mechanism unlike most other types of pianos,” explained White. “The device that tunes the piano is essentially a threaded rod with a hook attached that adjusts the pitch of a given string.” Over time, these parts fatigue and break, which then does not allow for tuning of the piano.

The first step in the project involved inviting Simon to the Department to see the world-class 3D-printing equipment and discuss the problem. He supplied several tuners that were in good condition and had not suffered the break as the others had. “After learning about the pounds of tension under which the strings operate, he told me that he felt reasonably sure that he could make the necessary new mechanisms,” said Simon. From those parts, White was able to design a 3D CAD model of the screwstringer.

From the CAD model, White printed a few plastic versions to test-fit into the piano itself. Once he made the necessary adjustments and updated the CAD model, the parts were processed and printed in metal — 316 stainless steel to be exact. 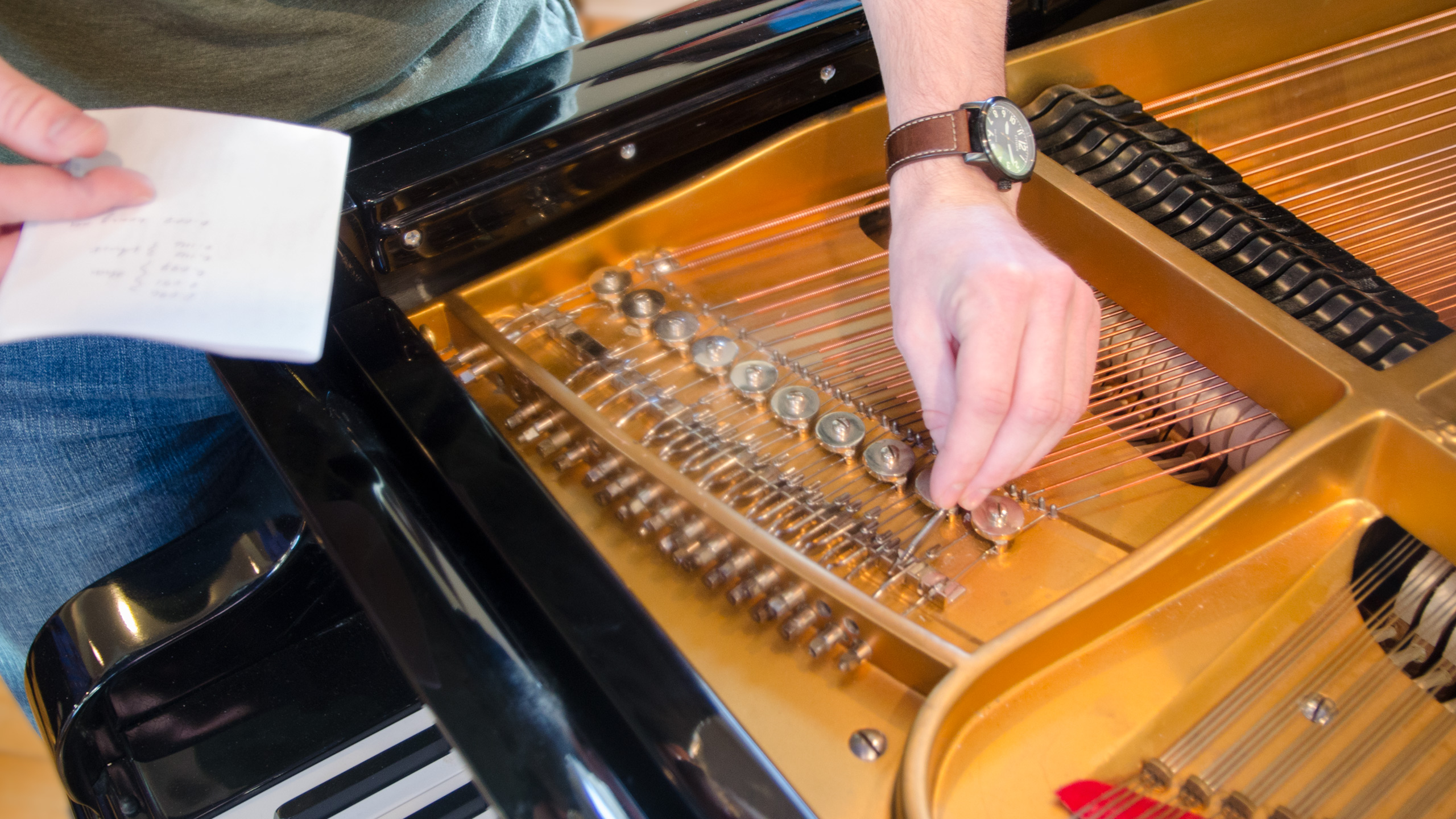 White used a Concept Laser Selective Laser Melting process to build these parts. This process takes a fine metal powder, spreads it across a build platform, and uses a high-power laser to melt the desired geometries to build the parts.

Simon was quick to share his and wife Sarah Morgan’s gratitude to the ISE Department for being willing to assist in this project. “Our music room is often used by chamber music groups and keyboard artists,” explained Simon. “We can now make this wonderful concert-grand piano speak again to a new century of music-lovers.” 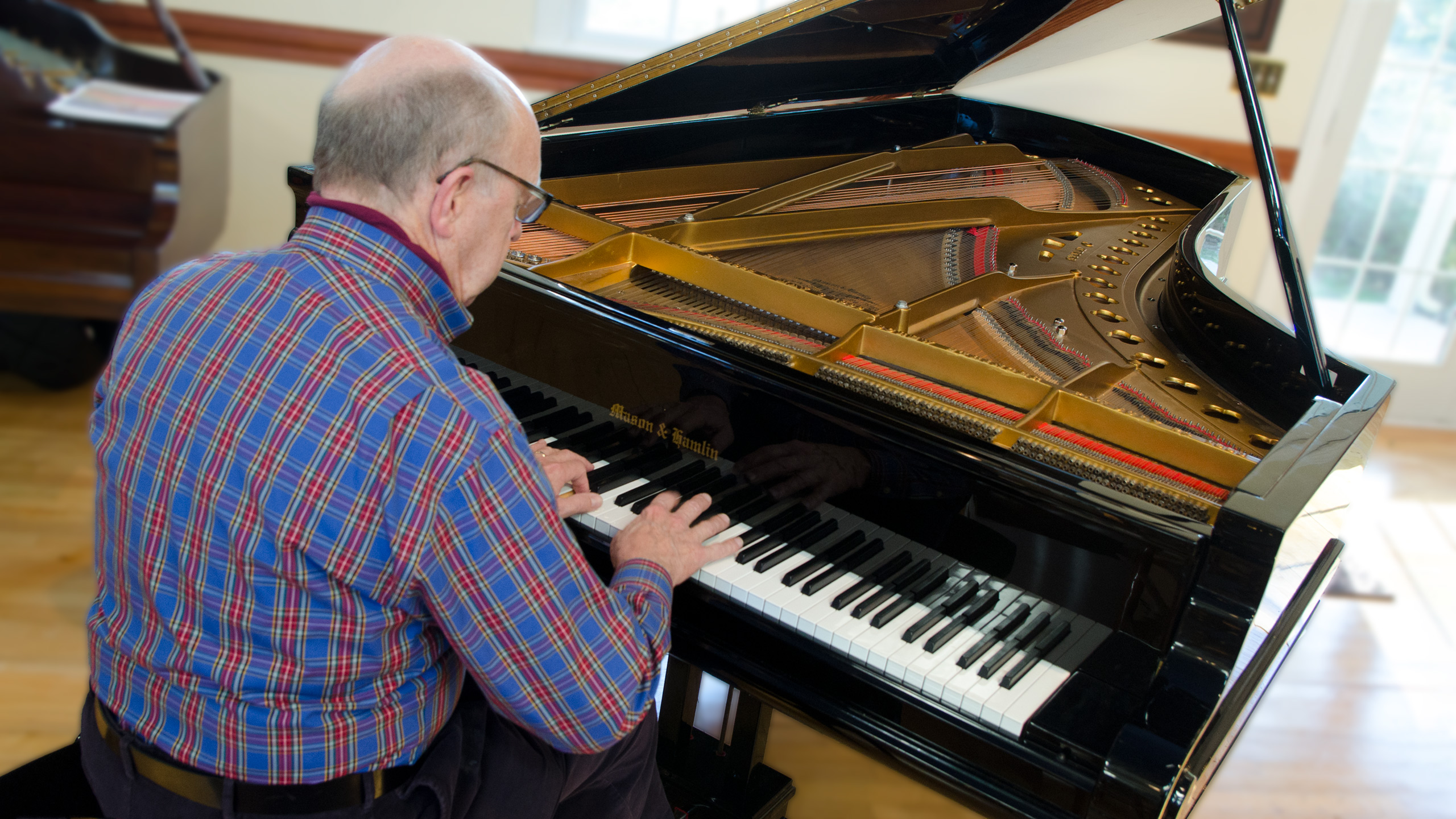 Geoffrey Simon is a Fellow of the College of Church Musicians at the National Cathedral. He holds the Doctor of Musical Arts degree from The Peabody Conservatory of Johns Hopkins University. He was Director of University Choirs at The American University in Washington, DC, before becoming Professor of Church Music at Wesley Seminary.

He has played, sung, and/or conducted in 20 states and in European capitals including Berlin, Copenhagen, and Warsaw. He is one of few Americans to play a recital at the Thomaskirche — St. Thomas Church — in Leipzig (Germany), where Bach served as Cantor.

His North Carolina connections began at Duke University, where he sang in three choral organizations. Simon also played violin in the Duke Orchestra and was the first student to share a recital with a faculty member, playing the three Bach Gamba Sonatas with cellist William Klenz.