“THE CON” WAS COMING! Tamara Robertson knew the only way to please the science-craving crowd at this year’s NC Comicon was to enlist the help of her newfound allies and form the Engineering League.

Watch the panel discussions and see the photos from NC Comicon 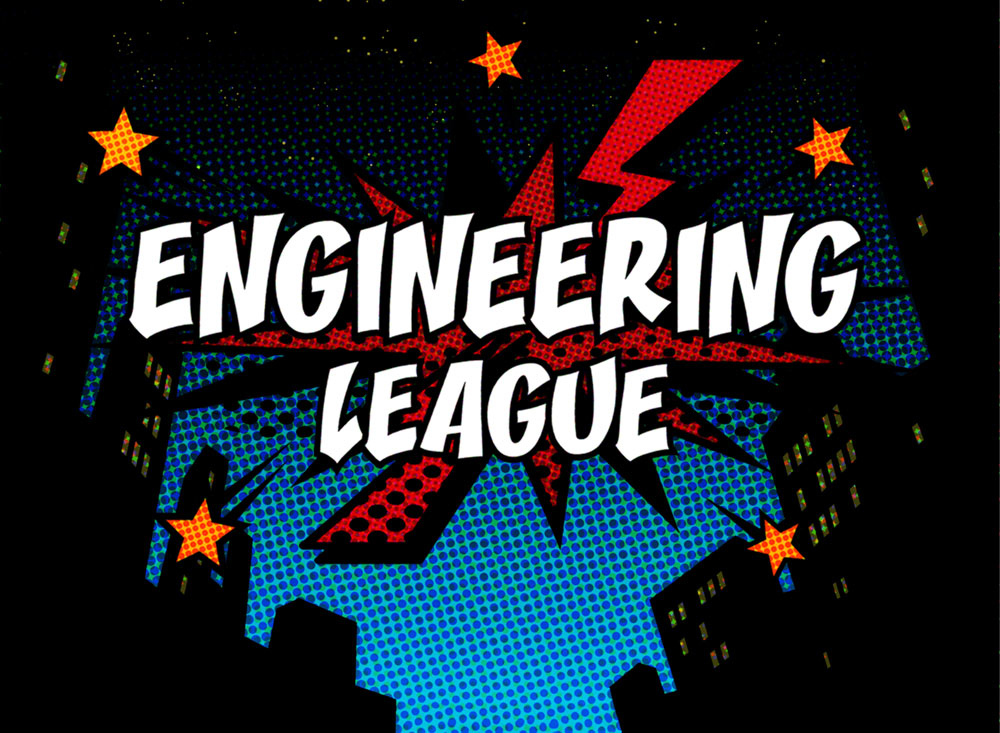 With the formation of this unprecedented league of experts in Robertson (MythBusters, SciJinks, NC State Engineering Alumna) , ISE’s own Kanton Reynolds, Steven Hall from the Biological and Agriculture Engineering Department, and Tori Miller from Material Science Engineering, Robertson knew they could answer any question the hoard of super fans could devise.

“When it comes to talking Superhero Science at NC Comicon, I feel strongly about having true subject matter experts available to represent the real-life science behind the imaginary universes we discuss, explained Robertson. “NC State has such a great group of engineering professors representing such a diverse group of disciplines that I am always able to find the type of specialist that will be able to speak to how these ‘other worldly’ powers and superhero technologies could evolve from current day science and technology!”

NC Comicon not only offers engineering professors a unique chance to reach young people who are still developing their interests as they may relate to science and technology but also help educators and parents encourage discussions on topics related to STEM that might not otherwise occur. “I love Comicon because it allows people from across the spectrum to come together over their love of something that can be enjoyed by all,” said Reynolds. “From children dressed up as their favorite cartoon characters to adults learning how to harness the power of comics to generate interest in science and math with their families.”

Science and Engineering have always played a large role in the superhero universe and have been the center of endless debates over how things might actually work in the real world. ISE’s Kanton Reynolds joined comic writers Jeremy Whitley (The Unstoppable Wasp and Rainbow Brite) and Chris Sims (Deadpool and X-Men) on Robertson’s first panel to discuss the role science and engineering play in the storytelling.

The panelists talked about the importance of getting the science right or as right as they can considering the circumstances. Many believe that closing the gap between fiction and reality helps to inspire the next generation of scientists and engineers to work toward closing those gaps even further.

Reynolds believes that the role of educators is to develop their students for a future that is unknown. “By giving them the ability to dream and engage in thoughtful reflection on hypothetical realms where superheroes reign supreme, we are giving the keys to an imaginary kingdom that students can actively pursue into a present or future reality,” shared Reynolds.

HALL TACKLES THE SCIENCE OF AQUAMAN

The second member of the Engineering League to take on the knowledgeable crowd’s questions was Steven Hall on Tamara’s Science of Aquaman Panel. Joining Hall was NC educator Matt Brady (TheScienceOf.org Podcast) and comic book artist Afua Richardson (Black Panther: World of Wakanda and The Book of Mer). They tackled questions like, “What would a real-life Aquaman look like?” (The answer was not pretty) and “What might actual communication between humans and undersea creatures sound like?”

Although Hall has worked with thousands of people ranging from K-12 up to Ph.D. students, Comicon was like no other venue. “Working with Jedi knights, superheroes, and truly creative types was a blast!” said Hall. “Some students who are creative but not sure if science is for them were reached and we had a great time interacting on ‘what ifs’ of Aquaman!”

MILLER TRANSFORMS THE SCIENCE OF VENOM

The final member of Engineering League, Tori Miller, put her expertise of material science on full display. The audience marveled over her demonstration of the physical properties of Oobleck – a non-Newtonian fluid that acts like a solid when greater force is applied. She then showed how material science engineers are creating metals that are self-healing – which was a perfect lead into their discussion, the Science of Venom. For those of you who are not up-to-date on your superheroes, or in this case anti-hero, Venom is an alien symbiote who exists in a semi-liquid form that allows it to change its shape.

“It was amazing to be able to interact with many different age groups at the same time,” explained Miller. “There was everyone from elementary school kids learning what science is to adults who’d like to increase their science literacy. They were really engaged! The panel got as many questions about the science demos that I showed as about the Spiderverse and comic books.”

During the panel discussions, the topic of whether it was appropriate to encourage students to immerse themselves in science that, in large part, is fictional. While opinions varied, the Engineering League agreed that pseudoscience was a way to introduce and enlighten students on science and technology.

“When I was growing up Dick Tracy had a watch that could call people on their phones,” recalled Reynolds. “That was 100% fictional when I was a child. Now it is a regular occurrence globally. Someone had to dare and dream by having the audacity to challenge the boundaries of technology to make that possible. Our next greatest achievement in STEM will come from the creative minds we are now educating.”

“I thought the act of drilling down to what is possible as well as what challenges must be overcome to solve problems was great,” said Hall. “Talking about ‘grand challenges’ like providing clean water, caring for the oceans and atmosphere, and providing food for a growing population make some of these challenges real!”

“We’d all like to have superpowers so that we can solve global problems and make the world better,” shared Miller. “Engineering is a direct way to make that happen. Studying STEM also allows us to see how fuzzy the line between ‘science’ and ‘science fiction’ can be, and how research is ‘moving that line forward. It’s inspiring!”

“It helps us push the realm of our imagination to whole new levels!” said Robertson. “It makes us think ‘why not’ when we see something cool on a show or in a comic and pushes us to start asking the questions to lead to innovations! That excitement and curiosity are what we need from our future and existing scientists and engineers who otherwise may get bogged down in the minutia of the scientific status quo.”

Today’s cell phones, tablets, and A.I. were Star Trek’s communicators, personal access devices, and the universal norm in the series of talking computers. “Think of how different life today would be if these items never made a young scientist ask ‘why not us?’,” reflected Robertson.

Together they are Outstanding, Young, and Distinguished NC Comicon 2018 [VIDEOS]