Nancy Currie-Gregg served in the United States Army for 23 years and achieved the rank of Colonel prior to her retirement in May 2005. Prior to her assignment at NASA, she attended initial rotary wing pilot training and was subsequently assigned as an instructor pilot at the U.S. Army Aviation Center. She has served in a variety of leadership positions, including section leader, platoon leader, and brigade flight-standardization officer. As a Master Army aviator, she logged more than 4,000 flying hours in a variety of rotary-wing and fixed-wing aircraft.

Currie-Gregg was assigned to NASA Johnson Space Center in September 1987 as a flight simulation engineer. Selected as an astronaut in 1990, she completed the Astronaut Candidate Training Program in 1991. A veteran of four space shuttle missions, she has accrued 1,000 hours in space. She flew as mission specialist 2, flight engineer, on STS‑57 (1993), STS-70 (1995), STS-88 (the first International Space Station assembly mission – 1998) and STS-109 (2002). During her tenure in the Astronaut Office, Currie-Gregg worked as a spacecraft communicator, lead flight crew representative for crew safety and habitability equipment and chief of both the Robotics and Payloads-Habitability branches. Following the Columbia tragedy in 2003, she was selected to lead the Space Shuttle Program’s Safety and Mission Assurance Office. Currie-Gregg has also served in a variety of senior management positions at the Johnson Space Center, including Manager, Habitability and Human Factors Office; Senior Technical Advisor in the Automation, Robotics and Simulation Division; Deputy Director of Engineering and Chief Engineer, NASA Engineering and Safety Center. Currie-Gregg currently serves as Principal Engineer for the NASA Engineering and Safety Center.

STS-57 Endeavour(June 21 to July 1, 1993). The primary mission objective was the retrieval of the European Retrievable Carrier satellite (EURECA). Additionally, the mission featured the first flight of Spacehab, a commercially provided middeck augmentation module for the conduct of microgravity experiments, as well as a spacewalk by two crewmembers, during which Currie-Gregg operated the shuttle’s robotic arm. Spacehab carried 22 individual flight experiments in materials and life sciences research. STS-57 orbited the Earth 155 times and covered 4.1 million miles in 239 hours and 45 minutes.

STS-88 Endeavour (December 4 to December 15, 1998) was the first International Space Station (ISS) assembly mission. During the 12-day mission, the U.S.-built node was mated with the Russian-built Functional Cargo Block (FGB). The crew performed three spacewalks and the initial activation and first ingress of the ISS, preparing it for future assembly missions and full-time occupation. The crew also deployed two satellites, Mighty Sat 1 and SAC-A. Currie-Gregg’s primary role during the mission was to operate the shuttle’s 50-foot robotic arm. The mission was accomplished in 185 orbits of the Earth and covered 4.7 million miles in 283 hours and 18 minutes.

STS-109 Columbia (March 1 to March 12, 2002). STS-109 was the fourth Hubble Space Telescope (HST) servicing mission and the 108th flight of the space shuttle. Hubble’s scientific capabilities and power system were significantly upgraded with the replacement of both solar arrays and the primary power control unit, the installation of the Advanced Camera for Surveys, and a scientific instrument cooling system. Currie-Gregg’s primary role was to operate the shuttle’s 50-foot robot arm to retrieve and redeploy the telescope and during a series of five consecutive spacewalks performed by four crewmembers. STS-109 orbited the Earth 165 times, traveling 3.9 million miles in 262 hours and 10 minutes. 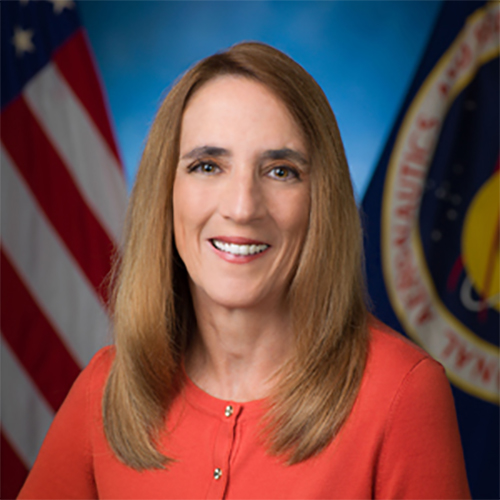