The new Fitts-Woolard Hall has hit many milestones. From the completion of its design concept in March 2018, the groundbreaking in April 2018 and the topping-off ceremony in December 2019. You can now add to that list the College of Engineering taking beneficial occupancy on July 24, 2020. 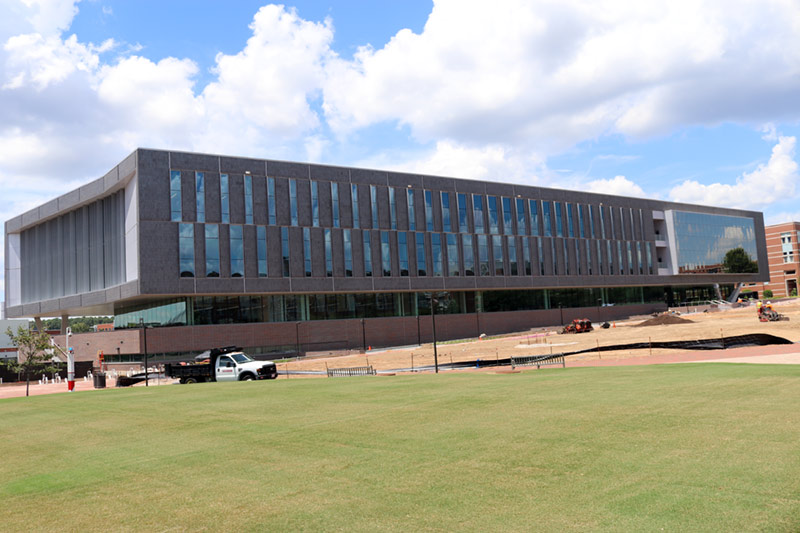 Coming in at approximately 225,000 gross square feet, NC State’s newest engineering building provides the crucial next step in uniting the College on Centennial Campus. The dean’s administration; the Department of Civil, Construction, and Environmental Engineering (CCEE); and the Edward P. Fitts Department of Industrial and Systems Engineering (ISE) will be moving in starting August 3.

According to John Royal, the College’s specialist for building construction and management, due to COVID-19 and its effect on building delays, the move will be gradual, starting with offices and equipment that will last over the course of the fall semester and then one final push after classes end in November. The dean’s office is slated to make its move starting August 31.

Currently, the plan is to utilize the classroom spaces as soon as the fall semester begins. Royal shares that they will most likely be used by departments already established on Centennial Campus rather than CCEE and ISE to help provide social distancing options.

Given the pandemic, the NC State Engineering Foundation is delaying in-person events centered around the building grand opening and is planning to host them during the spring 2021 semester.

The $154 million Fitts-Woolard Hall project received $75 million from the voters of North Carolina through a 2016 bond referendum, an additional $2 million in design funding from the NC Legislature, and NC University is providing $17 million in support infrastructure. The College pledged to contribute the remaining $60 million through private philanthropy. 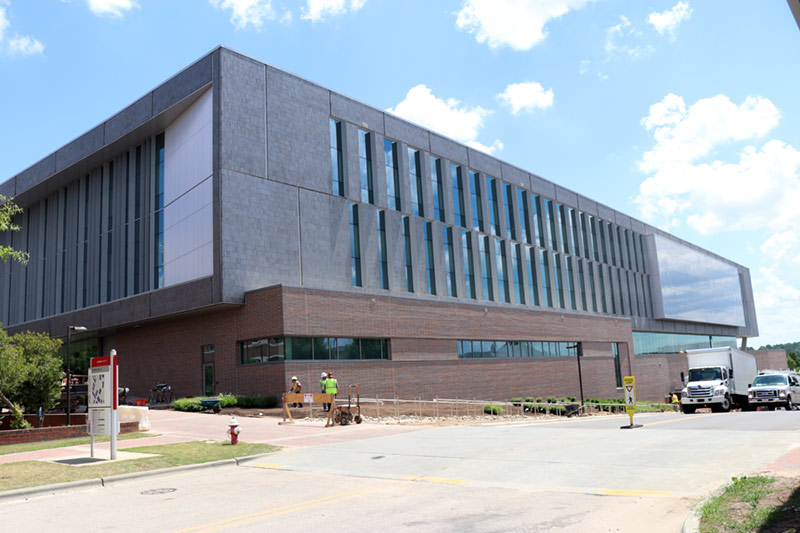 Thanks to the generous $25 million gift from engineering alumni Edward P. Fitts and Edgar S. Woolard and commitments made by more than 400 alumni and friends, the College has just over $48 million in pledges – leaving a $11.8 million gap to fill.

Though the building may be complete, the College continues to seek support from alumni and asks them to step up and help fill the gap. If the money is not raised by summer 2021, the College will need to take on debt – which creates a financial burden and takes potential resources away from students and faculty members.

“With the doors to Fitts-Woolard Hall now open, it is time to bring as many alumni as possible into our donor community. This is a space where everyone can participate in the life of the College and make a philanthropic impact,” said Griffin Lamb, assistant dean for development and college relations and executive director of the NC State Engineering Foundation.

If you are interested in learning more about fundraising efforts for Fitts-Woolard Hall, please contact Erica Fuller with the NC State Engineering Foundation at eacinder@ncsu.edu or 919.515.9958.