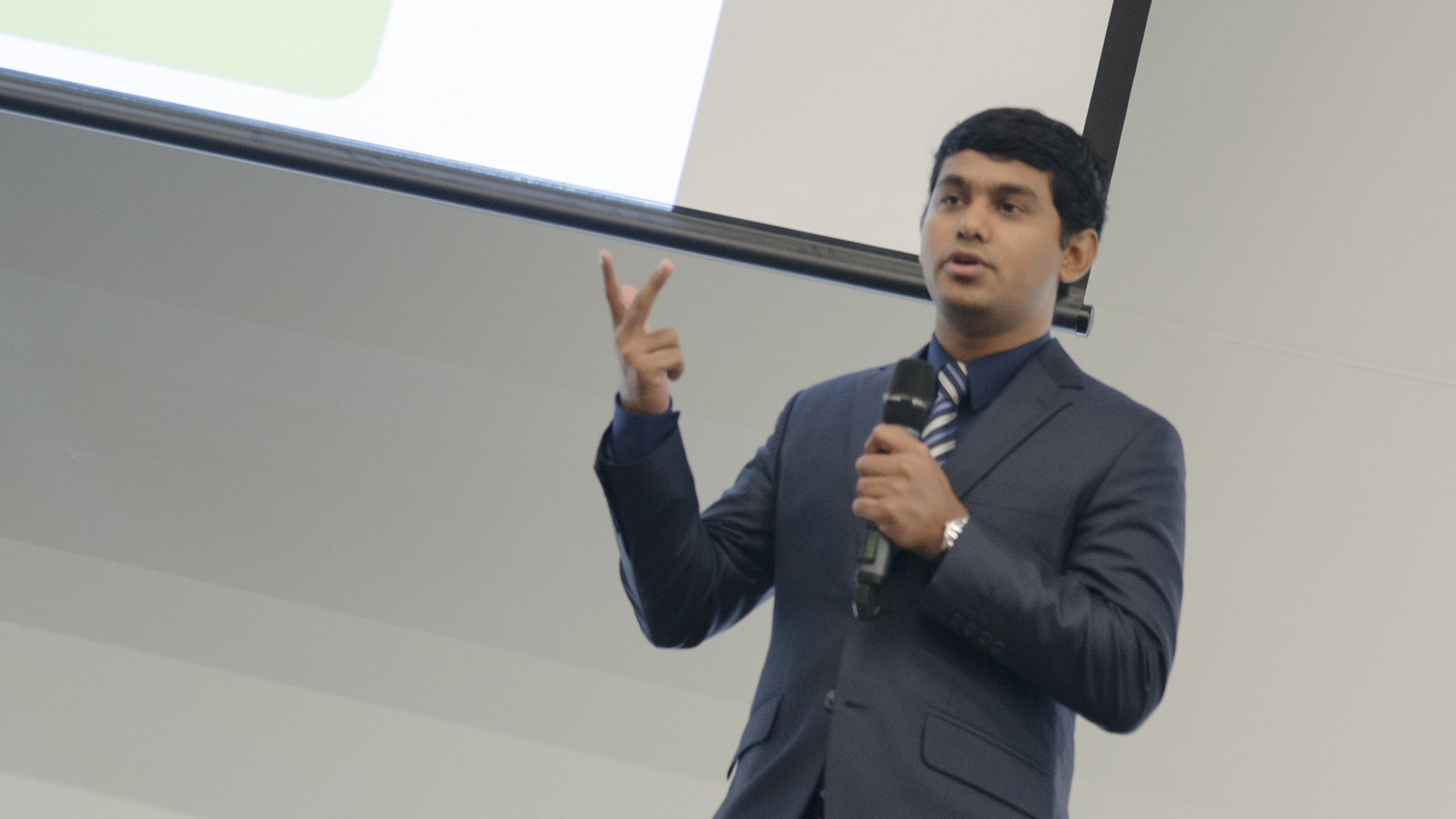 Two of ISE’s graduate students, Hafizul Islam and Parth Chansoria, competed in the 5th Annual NC State Three Minute Thesis (3MT) Competition. They were two of the ten finalists selected from various colleges at NC State to compete. Each finalist had no more than three minutes to explain their research to the audience and a panel of three judges. After the presentations, the judges selected the winner and runner up while the audience voted online for the People’s Choice winner. After some tension-filled moments, the judges announced that ISE’s Hafizul Islam was the winner.

What is 3MT Anyway?

Founded at the University of Queensland in 2008, 3MT allows students to build their academic, presentation, and research communication skills by presenting their research to a large audience in a language that everyone can understand. 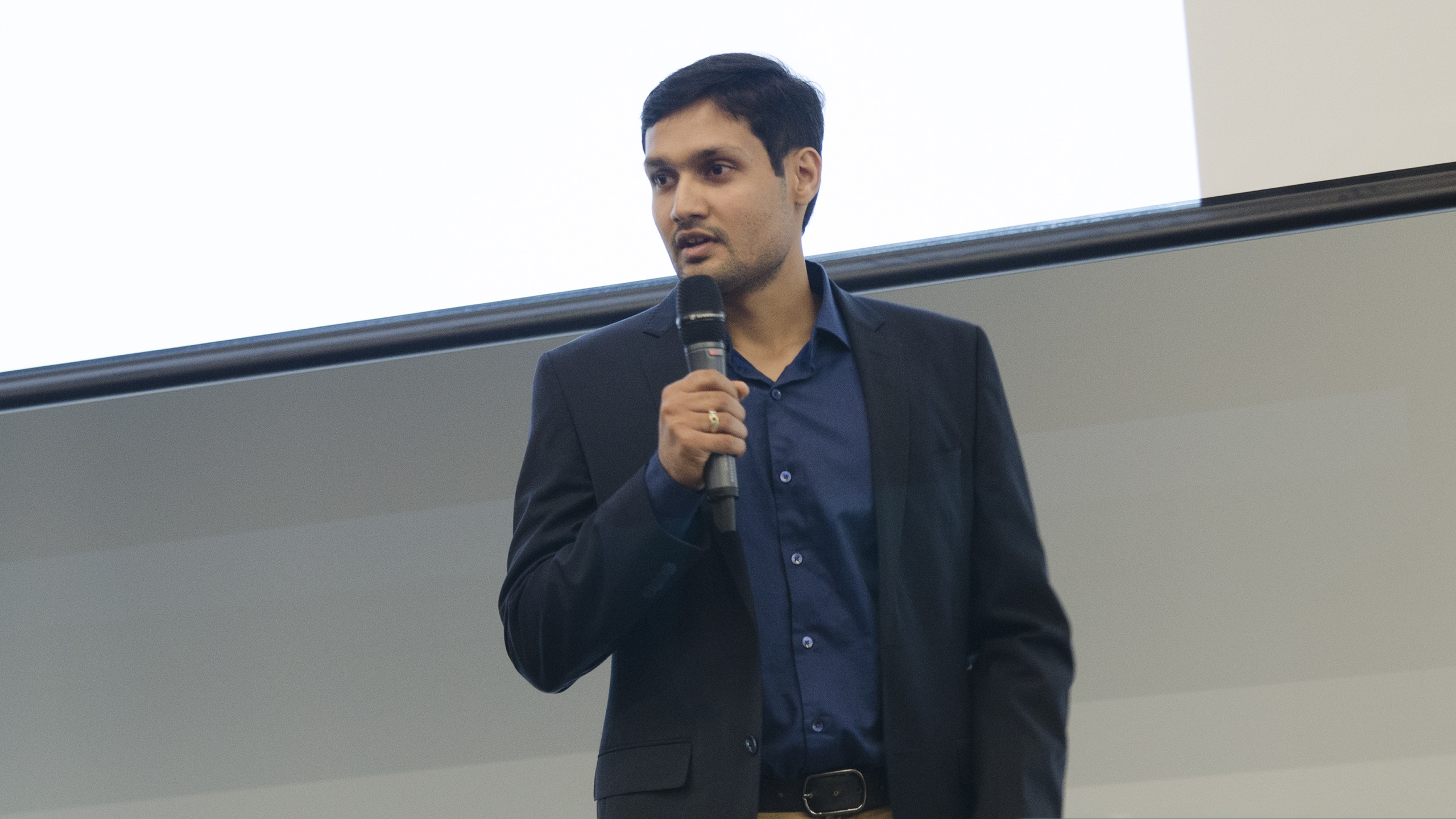 Chansoria spoke about the critical shortages of transplantable organs in the world. His method of creating the replacement organ allows it to grow like a natural organ. “I have developed a patent-pending method that exposes the 3D-printed organs to ultrasound to be able to organize the cells in it,” said Chansoria. “This results in organs that mimic natural organ’s biological and mechanical properties.” Chansoria’s work opens new possibilities not only for organ transplants but drug testing and disease modeling as well.

The 3MT has helped him with his career plans. “It gave me an opportunity to talk to a large audience, which is beneficial to my future prospects of pursuing a career in academia,” explain Chansoria.

And the Winner is … Hafizul Islam 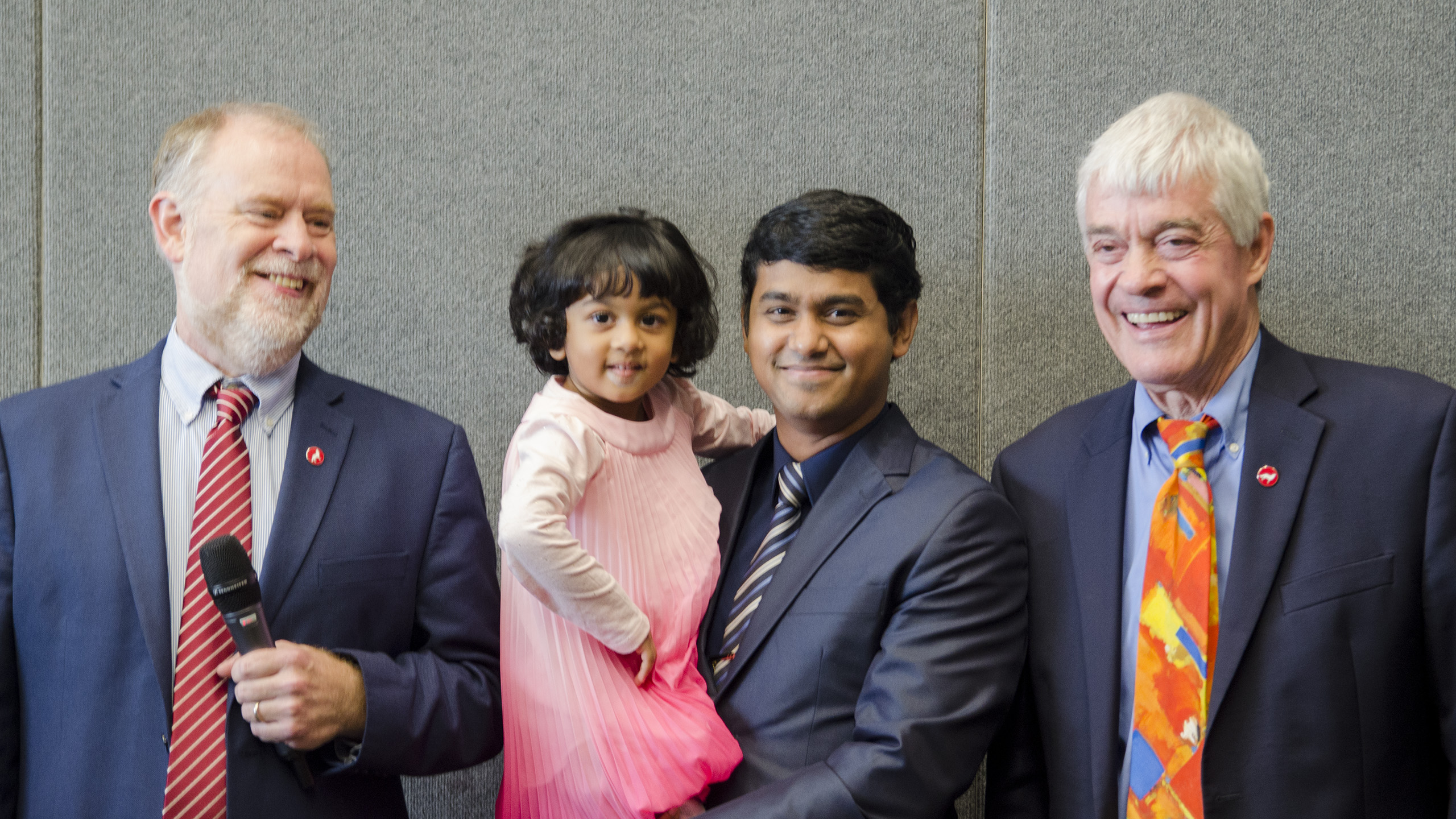 Islam was able to take his passion for social good and turn it into gold. His work with analytic models has allowed food banks to distribute food in a smarter way. “In the United States, more than 40 million people do not have access to enough food to live a healthy life,” shared Islam. Each year, food banks across the country are working to collect the 133 billion pounds of excess food and distribute it to people in need. “This wasted food is enough to feed 66 million people each year,” he explained.

Islam focuses on the food banks’ supply chain system. “It is very complex and they face lots of challenges in their day-to-day operations,” said Islam. There are three major challenges that food banks face.

The first is that it can be challenging to manage a distribution system while distributing as much food as possible. The second is minimizing the cost of distribution and third, providing a fair proportion of food to every person in need. “My research focuses on finding the right trade-off between efficiency, effectiveness and equity identifying the optimal distribution policy,” explains Islam. He developed a data-driven mathematical model that can guide a food bank to distribute more food in a fair way to cover as many food insecure people as possible. In turn, this saves money which food banks can invest in getting and distributing more food.

The 3MT has provided Islam with a chance to introduce his research to a bigger audience, which can help him to connect with people who share an interest in this field. “As a researcher, it is very important for me to sharpen my skills in making people understand what I am doing and why it should matter to them,” said Islam.
Islam will move forward and represent NC State University in the 3MT contest against other university winners throughout the southern region at the 2020 Conference of Southern Graduate Schools.