Swimming champ Anton Ipsen takes a break from the pool to pick up his industrial engineering degree Saturday. Then it’s back to work preparing for the 2020 Tokyo Olympics and graduate studies at MIT.

After an NCAA individual championship, a trip to the Rio Olympics, 10 All-America honors, nine individual and team ACC championships and an engineering degree from NC State, Anton Ipsen is going to take a day off from his training in the swimming pool.

But only a day.

“Swimming is definitely a year-round, all-time sport,” Ipsen says. “I will probably skip a training session this weekend, but not much more. The rest of the world is still working hard, and they don’t care that I’m graduating.”

Ipsen’s mother and brothers do, however, which is why they are flying in this weekend from their Copenhagen suburb to watch him receive his degree in industrial engineering with a minor in statistics. He’ll show them around Raleigh and explain why it has become a world-class city, maybe even take them to one of its top-notch restaurants or breweries.

Monday, though, he will be back in the pool, preparing for the 2019 World Aquatics Championships in Gwangju, South Korea, as one of 12 members of the Danish national team.

The well-decorated Ipsen completed his Wolfpack career following the 2017-18 season, which he capped by winning the NCAA title in the 1,650-yard freestyle. He’s been swimming professionally since then, training in Raleigh and finishing off his degree while preparing for the 2020 Tokyo Olympics. 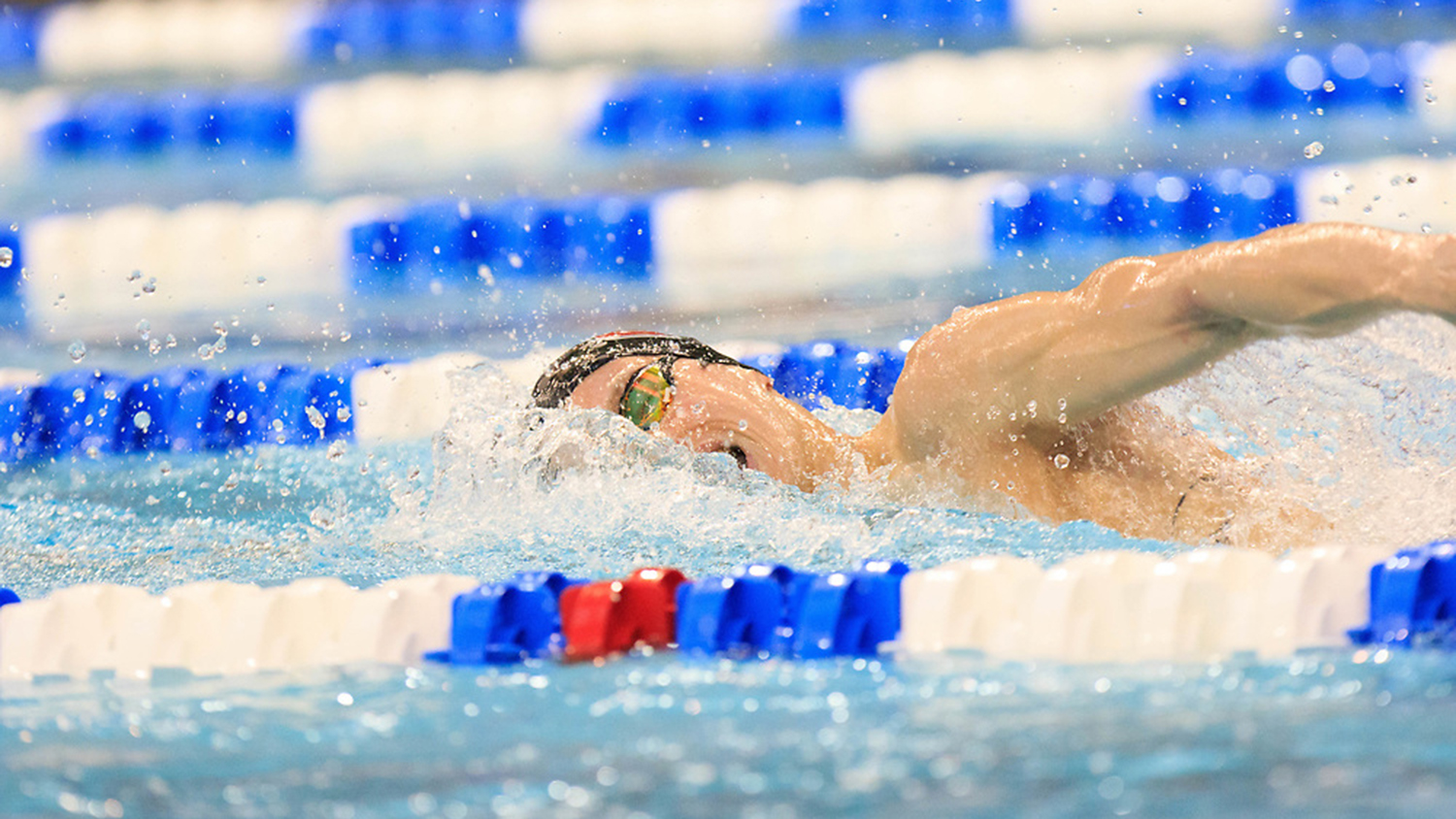 Ipsen closes in on an NCAA championship title.

And, on a lark, he applied to a pair of graduate schools to pursue a master’s in business analytics. Initially, both the Massachusetts Institute of Technology and Columbia turned him down after he asked if he could defer enrollment until the fall semester following the Olympics.

They eventually relented, offering him a coveted spot in their burgeoning analytics programs. He accepted a spot at MIT, which he says fulfills a longtime dream.

Even so, none of his future experiences in the classroom or the pool could improve on his NC State career, a school he knew relatively little about when first approached by Wolfpack swimming and diving coach Braden Holloway a little more than five years ago.

“Like most people in Denmark, I only knew about the Ivy League schools in terms of academics,” Ipsen says. “Most people don’t know about intercollegiate athletics and how competitive it is.”

Ipsen learned, and he embraced the opportunity and the competition. He excelled athletically and academically, earning four consecutive All-Academic Team honors, the 2017 and ’18 ACC Scholar-Athlete of the Year honors and five Academic All-American honors.

“I can’t say enough about my NC State experience,” Ipsen says. “It means almost everything to me.” 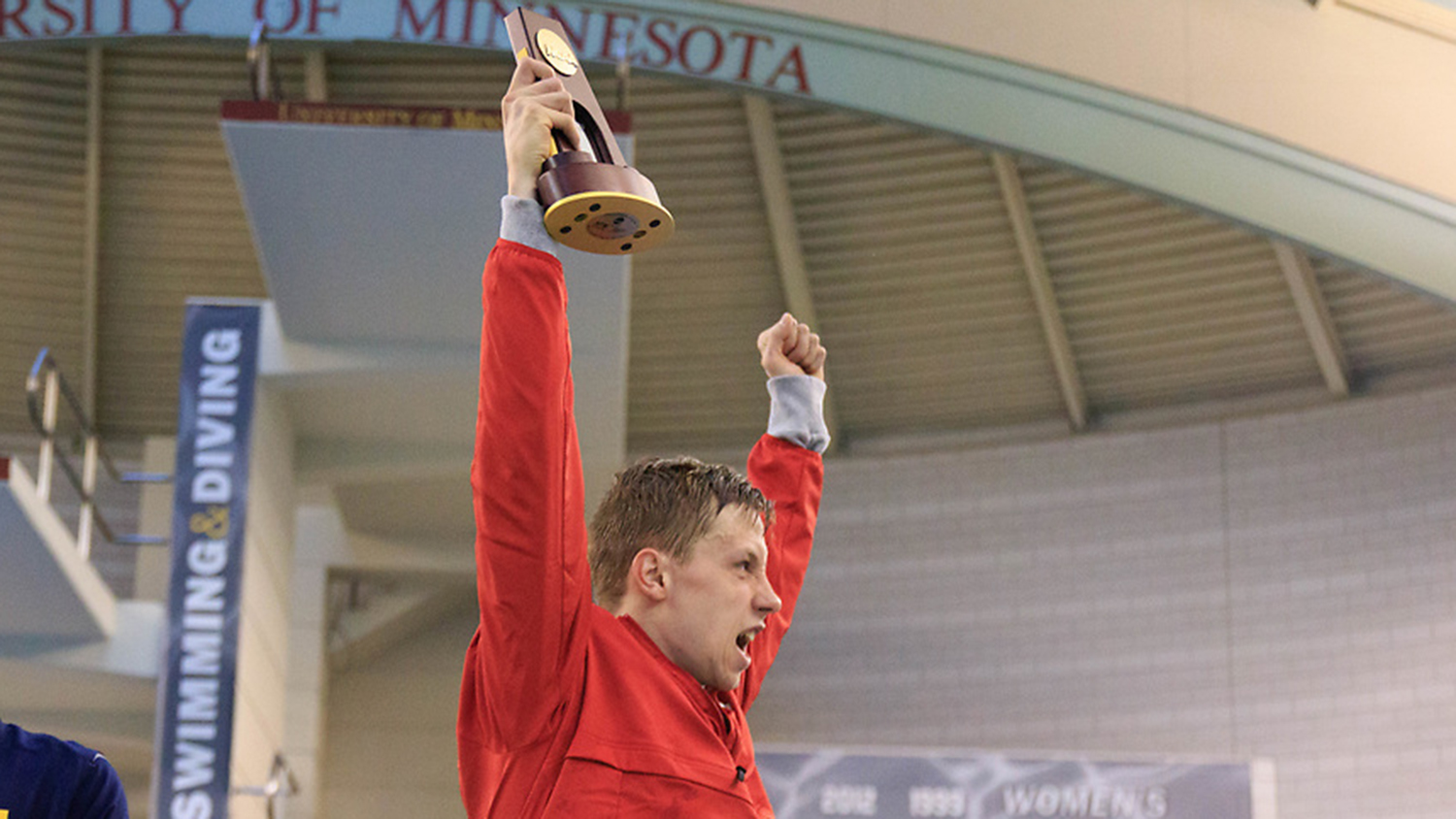 Ipsen celebrates his NCAA individual title in the 1,650-yard freestyle.

Ipsen and his teammates have reestablished the Wolfpack as the ACC’s preeminent swimming program, which once won 18 of 20 championships, including 12 in a row. Under Holloway, the Wolfpack has won five consecutive ACC titles and has four top-five finishes at the NCAA Championships.

“What I hope is that we have built a lasting legacy here,” Ipsen says. “What I will always remember is the kindness the faculty, staff and other students showed me while I was here. I hope we helped create the same kind of dynasty in men’s swimming that we once had here.”