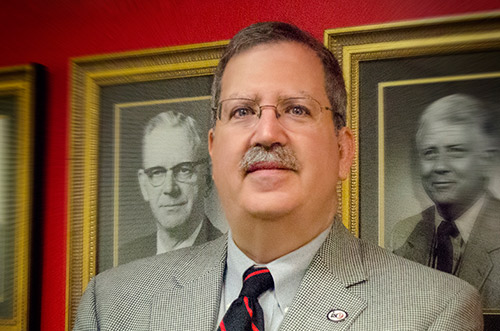 In the 20th century, America’s factories produced more than those of any other country which was a source of national pride. Rosie the Riveter and her “We Can Do It” slogan are American icons from World War II era.

But as the new century began, manufacturers started using cheaper labor overseas. This forced many factories in the U.S. to close. In late 2007 the unthinkable happened. America experienced the worst financial crisis since the Great Depression. By 2010, the manufacturing power America had held for over 100 years was gone.

But only a few short years later, U.S. manufacturing has begun reinventing itself and rising again. The talk of a manufacturing renaissance has replaced that of manufacturing being dead in America.

This renaissance has spurred increasing numbers of students to pursue a degree in engineering. “Enrollment in the industrial and systems engineering program (ISE) has more than doubled,” says Dr. Paul Cohen. The reason why so many students are choosing ISE is clear. “The idea of graduating from college with eight or nine job offers is a reality for the best IE students in our department,” says Cohen. “Still, the U.S. does not have enough industrial engineers moving through the educational pipeline.”