We are sad to announce that a great friend of the ISE department, alumnus Hugh M. Duncan, passed away at the age of 84 on April 20, 2014. 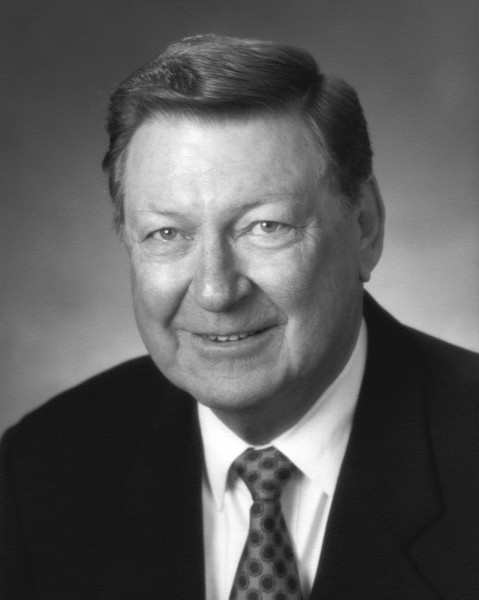 Hugh served in the U.S. Marine Corps and over the course of his career, he held engineering positions with Industrial Piping, Inc., Pneumafil Corp., and Luwa Corp. In 1964, he purchased and revitalized Southern Precision Spring Co., Inc. where he served as president and on the board of directors. Over the next 30 years, his many innovations in quality control, cost accounting, and the computerization of manufacturing operations made SPS Co., Inc. one of the most successful companies of its kind.
He retired in 1994.

Hugh received his BSIE from NC State in 1955. He was a second generation engineer with a degree from NC State and in 1997 he established the first endowed professorship sponsored by a single individual in NC State ‘s College of Engineering, the Dean F. Duncan Professorship in Mechanical Engineering, in honor of his father (BSME 1923). Hugh was selected as an NC State Distinguished Engineering Alumnus in the year 2000 and was an inaugural member of the ISE Distinguished Engineering Alumni in 2006. He and his wife Anne have also endowed a merit scholarship for undergraduates majoring in industrial and systems engineering since the year 2000. Since then, their scholarship has provided financial support to 13 deserving students who share his passion for industrial engineering.

“The Hugh Duncan Scholarship was very beneficial to me as I received no other sort of scholarships or financial aid. I depended on it to purchase my textbooks for various ISE classes. Without this extra scholarship money, I would have struggled to pay the rising costs of textbooks,” said John Mauney, 2012-2013 recipient of the Hugh M. Duncan Scholarship. “I am thankful for the chance to use the scholarship money, and I would say that Mr. Duncan has inspired me to one day donate toward scholarships for students in similar situations.” John graduated this spring and has taken a position with GE Aviation in Cincinnati, Ohio.

Hugh’s philanthropy extended outside the university as well. He was a long-time supporter of Junior Achievement and United Way. He was a former member of Rotary International and a sponsor of the Boy Scouts of America.

Friends can contribute to the Hugh M. Duncan Scholarship in Industrial Engineering by contacting:

ISE Works to Revitalize Our Economy May I Help You?