ISE alumnus, Roger Jones, believes the key to success for ISE students in the business world is to think and act globally

“I was not what you would call a motivated student,” said ISE alumnus and Vice President of Global Logistics for Century Furniture, Roger Jones (BSIE-FMM 1978). As was often the case for the Baby Boomer generation, unmotivated students wound up in shop class. For Roger, shop class involved some woodworking projects which he took to quite readily. His dad recognized an opportunity and made a deal with Roger. If Roger made an “A” in the class, his dad would loan him the money to buy a lathe. One “A” later, Roger was the proud owner of a lathe, which was soon followed by a full range of woodworking tools Roger used to build up a nice little furniture making business for himself in New Paltz, NY. It was the start of what would become, and remains today, a highly successful and fascinating career in the world of home furnishings, aided in no small part by his industrial engineering education at NC State.

Roger came to NC State, the only university to which he applied, after an inquiry he made to the High Point Chamber of Commerce. He was looking for a school that had a furniture program, and the Chamber of Commerce directed him to the Furniture Manufacturing and Management program (FMM) operated through the NC State Department of Industrial Engineering. The FMM degree was the very best engineering curriculum with a furniture focus in the country. Once here, Roger entered into the co-op program after his first semester in school. Through this program, he wound up spending his entire co-op experience working with Century, alternating semesters between working at Century and attending classes in Raleigh. “Classes, after working at Century, made complete and logical sense. I would encourage all ISE students to go the co-op route if they can; it really enriches the learning experience,” Jones said when describing his ISE education. As a co-op student, Roger worked his way through every manufacturing department at Century before working in the company’s engineering department.

In spite of a job offer from Century after graduating in December of 1978, Roger went to work for Hitchcock Chair in Connecticut. But after six months, he made his way back to Century where he started in a junior engineering position. He quickly moved up the engineering ranks and into management where he focused on advancing Century’s technological capability, upgrading equipment and information systems that far exceeded the norms in furniture manufacturing. 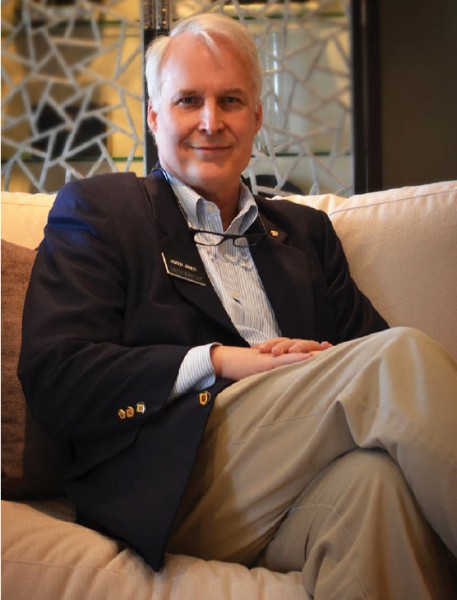 In 2000, Roger was part of the team that developed what would become Century’s first fully imported collection of furniture, marketed as “Destinations by Century.” Roger’s responsibilities within Century evolved to be more focused on planning and sourcing, especially as Century’s business model changed to include an ever increasing imported product component. With his engineering manufacturing, and product development skills, he was a natural to take the lead on behalf of Century in traveling the world to find the best home furnishings products to meet their customer’s needs.

When asked what advice he could give to the industrial engineering students as they start down the path of becoming an engineer, he offered two suggestions. First, “be willing to think globally in all that you do. Yes, we’re North Carolinians and Americans, but we’re also citizens of the world. We have a lot to offer the world, but the world also has a lot to offer us. Learn to appreciate that.” His second suggestion was “be prepared to be a lifelong learner. Certainly it’s good to continue formally educating yourself with advanced degrees (Roger earned an MBA from Wake Forest University in 2000) if you can, but it’s just as important to always be learning new skills and new ways of doing things on your own, in your work and in your life.”

His advice comes from where most good advice does: life experience. “When we first started our import program, we were very rigid in our approach. We made samples in our Tech Center, and we insisted that our suppliers replicate our designs perfectly. We did all that we could to make that possible for them, but we weren’t flexible. It wasn’t in our DNA to allow that.”

“Eventually and over time, we came to realize that many of our good suppliers might have better ways of doing things than we do. They might have developed techniques, or uses of different materials, that we never thought of, or aren’t even capable of thinking of. We started to mix their DNA with our DNA. The end result has been a much better product for our customers, as well as better working relationships with our vendors throughout the world.”

In other words, they’ve learned how to think, and act, globally. 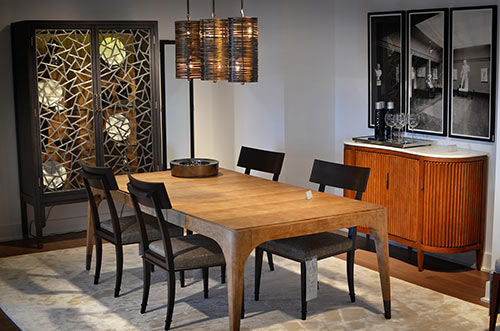 Since the very beginning of ISE’s Furniture Manufacturing and Management program, Century Furniture – one of the world’s largest privately owned manufacturers of upper-end residential furniture – has been a loyal and valued supporter of ISE. Harley Shuford, Sr., Century Furniture’s founder, was also a founding member of The Furniture Foundation, created by the residential furniture industry to support the furniture education program in the Industrial and Systems Engineering department at NC State. Century has routinely hired ISE graduates, and to this day still has more NC State ISE alumni than any other furniture manufacturer. Century most recently hired Matt McKeon (BSIE 2011).