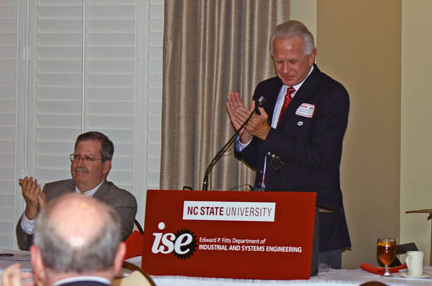 For one special night, NC State’s University Club came alive as it played host to the 36th annual C. A. Anderson Award Ceremony. The award ceremony was a chance to celebrate the best and brightest students, staff and faculty that the Industrial and Systems Engineering Department has to offer. 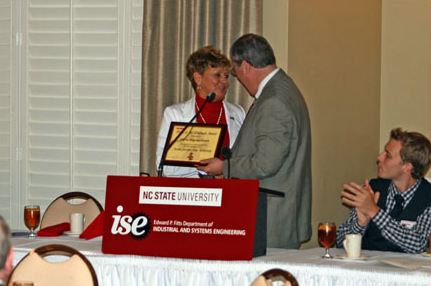 Dr. Paul Cohen presenting Debbie Allgood-Staton with a Pride of the Pack Award.

Dr. Paul Cohen, department head, kicked off the celebration with a review of the outstanding accomplishments that made this year such a success. Both the undergraduate and graduate programs vaulting into the top 10 national ranking, three industrial engineers bestowed with some of the Institute of Industrial Engineers’ most esteemed awards and one professor winning a national advising award were just some of the outstanding achievements from this year. Recognizing that this level of success does not occur without the support of alumni, donors and friends of the department, Mr. Tim Scronce, ISE advisory board member, was presented with a small token of appreciation for all of his efforts for the department. 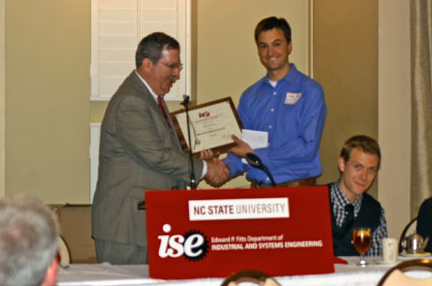 The night also had its surprises as well. Debbie Allgood-Staton, university business officer, was honored with a Pride of the Pack Award. This award was issued back in March, but was kept secret until this ceremony so Debbie could officially receive her award in front of her friends and colleagues. To no one’s surprise, Justin Lancaster was recognized as the ISE Staff Employee of the Year. This night wasn’t just about the faculty and staff, the students’ stars also shone brightly. Dr. Yahya Fathi, Dr. Anita Vila-Parrish, Dr. Julie Ivy and Dr. Russell King all stepped to the podium to recognize their students with a variety of awards, honors and scholarships. In all, 32 students received over an astonishing $74,000 in scholarships. 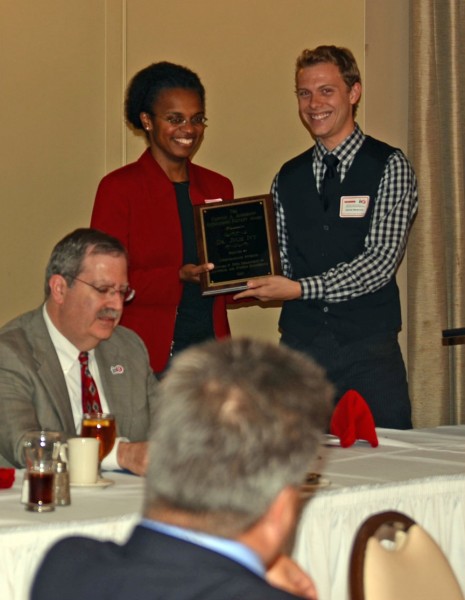